8 May 2020 marks VE day 75 years since Churchill declared a public holiday to celebrate the end of the war in Europe.

To ensure Woolverstone’s role in the war is not forgotten a few notes have been put together to capture events and people involved in the Royal Observer Corps and Air Raid Precautions.

Alfred Rush was taken prisoner and sent to a camp in Malaya and thankfully returned home, Alfred has been remembered in these notes. There may others from the village that should be remembered and will be added to this document as and when the information becomes available.

Air Raid Wardens, Royal Observer Corps and First Aid were all essential roles taken up by volunteers to protect the village. Women replaced those on the front line in agriculture and became part of The Woman’s Land Army contributing to Britain’s food production.

There were concerns prior to the second world war that civilian areas could be prone to heavy aerial bombing, hence in order to prepare for attack the British government passed the Air Raid Precautions Act.

The ARP service being compulsory local authorities purchased land in order to conduct the training of volunteers in stretcher bearing, first aid and gas decontamination in preparation for air attacks.

Each Parish was advised to organise a Parish ARP representative (the role later became a senior warden), Air Raid Wardens ready to assist the locals in an emergency (to be recruited by the police), First Aid Parties of at least 4 trained workers and a building with a good supply of hot water, stretcher bearers, utility squads for firefighting plus ambulances and drivers.

Cyclists to act as messengers should telephones be out of action.

Air Raid Precautions, Wardens advised the locals of all air raid precautions and enforced blackouts ensuring there were no lights visible by air as well as monitoring and reporting any bomb damage.

This was put into operation on 24th August 1939 and uniforms and anti-gas clothes plus masks were issued to all ARP members, along with steel helmets with “W” for warden or “A” for ambulance.

WW2 Civil defence and Home Guard were part of the Special Constabulary working closely with Fighter Command. Air defence was crucial so in order to gather the all-important aircraft information. Observer Posts were set up in areas deemed susceptible to attack and were required to report any relevant information directly to Fighter Command.

The Observers trained themselves in aircraft recognition and learnt to estimate the height of the aircraft for reporting to Fighter Command. The Observers wore a dark blue uniform with a Royal Observers Badge and beret.

Woolverstone was allocated a post and put under the command of the ROC Control centre, No. 18 Group, Colchester (8 West Stockwell Street, Colchester).

The original ROC post set up in 1926 was located in the field to the back of the Post Office at no. 24 Main Road.  Woolverstone Hall was taken over by the war office late 1939 for the use of troops and in October 1942 by the Admiralty for the use as a Combined Operations Base. From May 1942 the Hall roof replaced the ROC post location for the village.

The following images show the various posts under the control of the No. 18 Colchester Group: 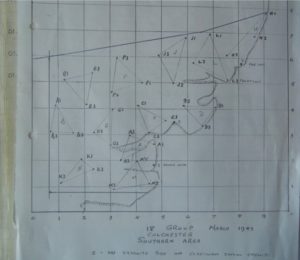 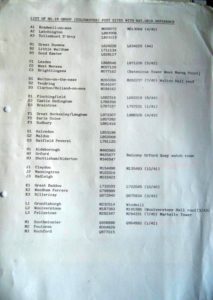 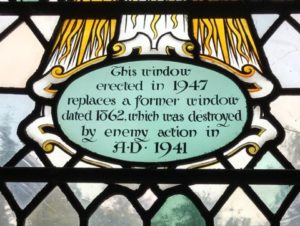 Houses in Harkstead Lane sustained damage from one of the first V-1 bombings, presumably 16 June 1944 mentioned above. Charles Thompson also known as Kit lived in one of the houses, the book “Two, Two, The Lily White Boys” written by Keith Wood, 1991 captures a brief account of the event.

“A German bomber dropped a string of bombs in Woolverstone Park. My good friend Russell Goodwin has told me he went up to Woolverstone on his bicycle to see the craters and found them to be directly in line with Buttermans Bay. Because the River Orwell is not very deep, larger ships used to unload at Buttermans Bay and their cargoes transported from there to Ipswich by  small vessels. There was a proliferation of barges at Pin Mill during the War, so I expect they were used. Russell reckoned the bomber was after the big craft at Buttermans Bay and I suspect he was absolutely right. Talking of Woolverstone, one of the very first V.1's, the doodlebugs landed in Woolverstone. I don't know what other damage this particular doodlebug did but certainly it blew off the back of the house Kit Thompson lived in Harkstead Lane, Woolverstone.” 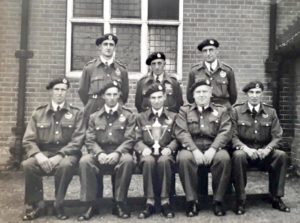 The following personnel were named on the 1939 register (taken 29th September 1939), there may have been changes during the war years and it’s possible that some names have not yet been released, but it gives an idea of those in the village contributing to the essential duties:

Jack Snell was born in Freston, 21 July 1903 to Mark and Annie and had an older brother Mark Harley born in 1902.  Jack was employed as clerk of works on the Woolverstone Estate later becoming the clerk of works to the Samford War agricultural Corp. Jack was also an integral part of Woolverstone F.C, taking on the role as the clubs first secretary between 1921 and 1939.

Jack lived at the Cat House which was used as a station by the Home Guard each night who slept in the kitchen when off duty until the “Alana” berthed on the shore.

15th July 1940, Jack was placing ground flares to assist lost or damaged aircraft and as he lit the flares, he was spotted by some naval ratings who shot Jack in the hand and thigh mistaking him for a German parachutist laying out a bombing path. On realising their blunder Jack was taken to HMS Ganges for treatment, and thankfully released for duty. 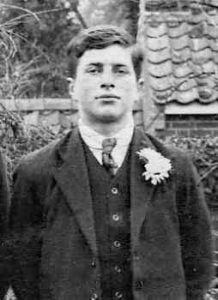 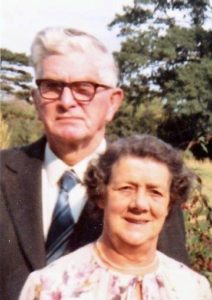 (Mike Rush, thank you for sharing above photos of Alfred and Elena.

Alfred Robert Rush was born in Woolverstone to the parents John Rush and Amy (nee Rowe, 1866-1952).  John (1867-1934) worked as a woodman and nursery man on the Berners Estate.  Alfred was one of 8 children, siblings: John (1891), Frederick (1892-1930), Amy (1895), Albert (1896 -1982, taken POW in WW1), Maud (1898), Agnes Mary (1899-1987) and Mabel (1902). In 1911 Alfred age 6 was a scholar and living with parents and siblings, the address given as opposite gardens, Ipswich Road, Woolverstone.  In 1939 Alfred was living with his mother Amy Rowe, widowed, at the Post Office, Woolverstone and working as a general labourer on the Woolverstone estate. Alfred married Elena Vera Wyartt 1939, they lived in one of the Widows homes. From the early 1920’s Alfred was goalkeeper for the Woolverstone F.C. Keith Wood describes him as the best keeper around - “A super man and a super goalie.” Alfred kept rabbits as well as ferrets which he used for hunting, using converted wooden barrels as hutches.

Alfred served in the 2nd world war with the 135 Field Regiment, R.A. Army and reached the rank of Lance Bombardier, Military no. 1056283. Unfortunately, 15th February 1942 Alfred was captured and transferred to a prisoner of war camp in Malaya. Alfred was liberated 2nd September 1945.

Alfred died March 1988, aged 83, and is named on a Rush headstone in St. Michael’s churchyard, Woolverstone.

Tracer cards were created in 1939 to keep a track of a soldiers’ whereabouts within the Royal Artillery. Alfred’s card is shown below as well as the record of capture. 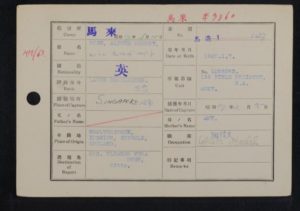 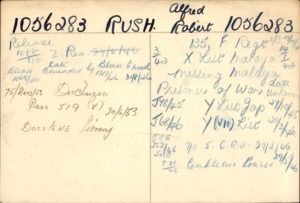 It would be amazing to add to this document, if you have any photos or stories you would like to share please email lorrainewildbore@yahoo.com

Likewise, if you see an error please email so that the information can be corrected accordingly.

Tony Gould, thank you for your assistance in sourcing information to add to this document and Bob Collis for providing images and air raid details.